Hit enter to search or ESC to close

Modern Russian-Baltic Railroad Car Factory is a progeny of the former ‘Russo-Balt’ factory.

Our company was established in 1869 as a branch of a German-Netherland’s company ‘Herren Van der Zypen und Charlier’ which had a railroad car factory in Koln. They founded this branch to cut costs as they got an order for 500 railroad cars from Russian Riga-Dibunar Railroad.

Five years later this factory was noticed by Mikhail Shidlovsky, a Russian enterpreneur. On 29 August 1874 the factory was transformed to ‘Joint Stock Company of Russian-Baltic Railroad Car Factory’ (RBVZ or Russo-Balt are used for short in Russian). The co-owners were Ivan Kulikov (merchant), Anton Matveev (titular councillor) and Oskar Freiwirkt (merchant). Freiwirkt became the first CEO of a new company.

At the same time factory started the production of boxcars and by 1875 they started making coaches. But the demand for those products was not that big in Russian Empire. This changed dramatically when the Trans-Siberian road construction started. ‘Year 1893 was the start of a new era for the factory’ as the newspapers of that time stated. More Russian entenpreneurs joined the company and it became totally independent from it’s foreign founders. The peak of railcar production was in 1900, we produced 5513 boxcars and 219 coaches. We became one of the biggest machinery factories in the Russian Empire. The success continued throught the Russian-Japanese war wich required a lot of railroad cars, but after the war was over the production volume dropped.

Mikhail Shidlovsky, chairmain of the board, planned and started the automobile production by 1908. A workshop building with 142 newest machines was built. It had metal shaping, bodywork, upholstery, leaf spring,  blacksmith and casting divisions. A car workshop team of 154 workers was directed by I. A. Fryazinovsky. The automotive branch had it’s own machining and assembling partitions and even a testing lab.  A 26 year old Belgian engineer Julien Potter was invited (he had an experience in car production for ‘Fondue’ automotive company). The first car was built on 27 May 1909 and presented on the celebration of the day of St. Petersburg’s foundation. It had an inline 4-cylinder 30 horsepower engine. And it was a first car who had a ‘Russko-Baltiysky’ label on it’s radiator (later it became ‘Russo-Balt’ to simplify the brand). The new branch produced 100 to 140 cars a year. They were produced by batches of  3 to 50 pieces.  4 types of passenger cars and 3 types of trucks were produced.

‘Russo-Balt’ cars were heavy and pricy comparing to the contemporary foreign cars, but they were made for Russian road conditions of the time. So off-road capabilities were a must at that time.

‘Russo-Balt’ cars were quite famous worldwide due to different competitions and races they took parts in. In 1912-1913 the race St. Petersburg – Monte Carlo was won by a Russo-Balt. The car traveled 4200 km without a single malfunction. Russo-Balt was also a first car to climb the top of Vesuvius volcano.

623 cars were produced in total. 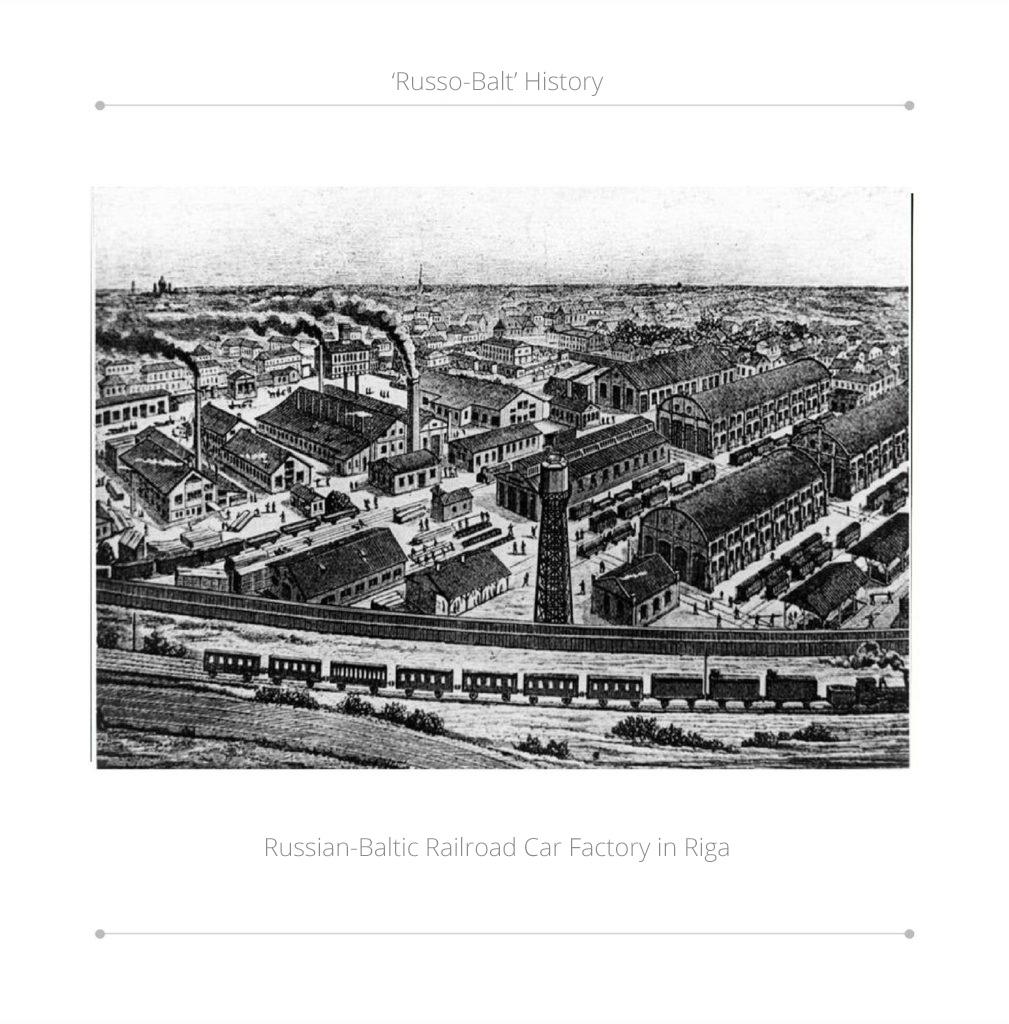 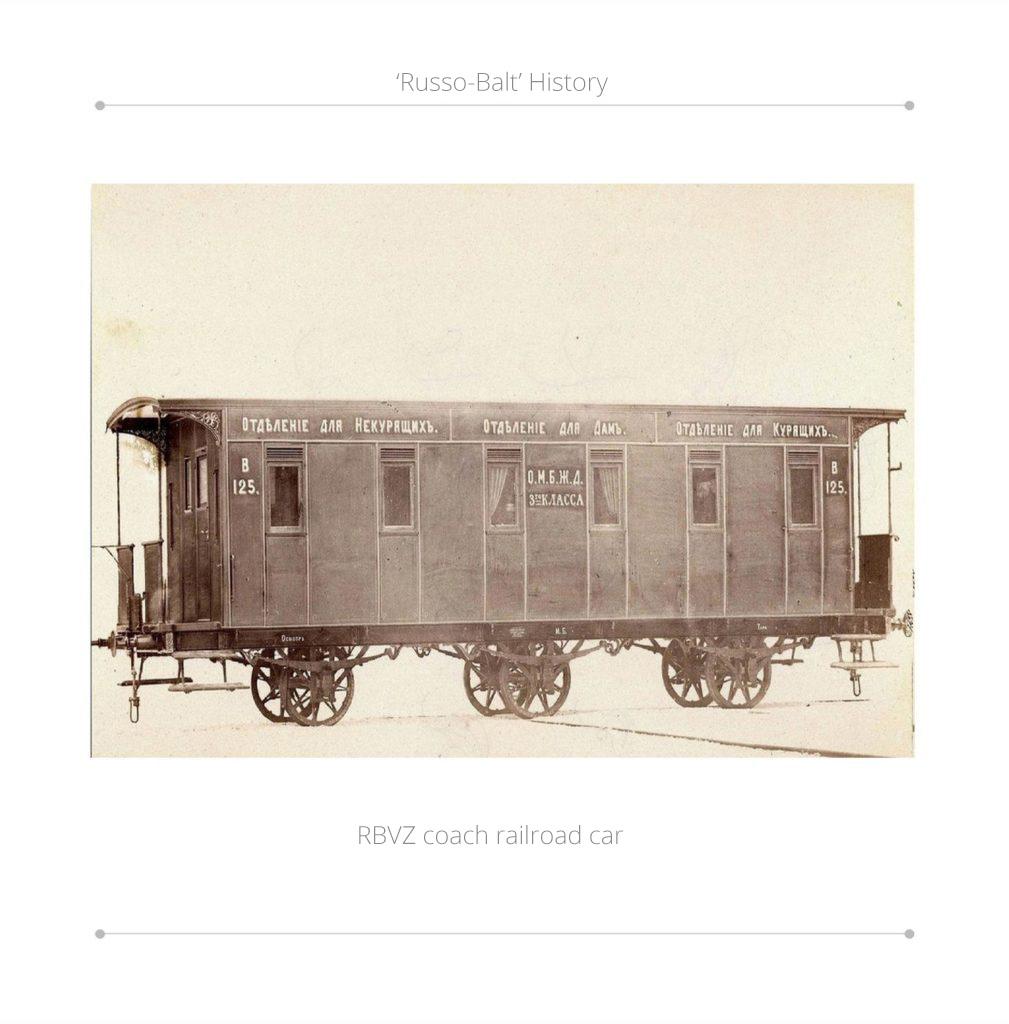 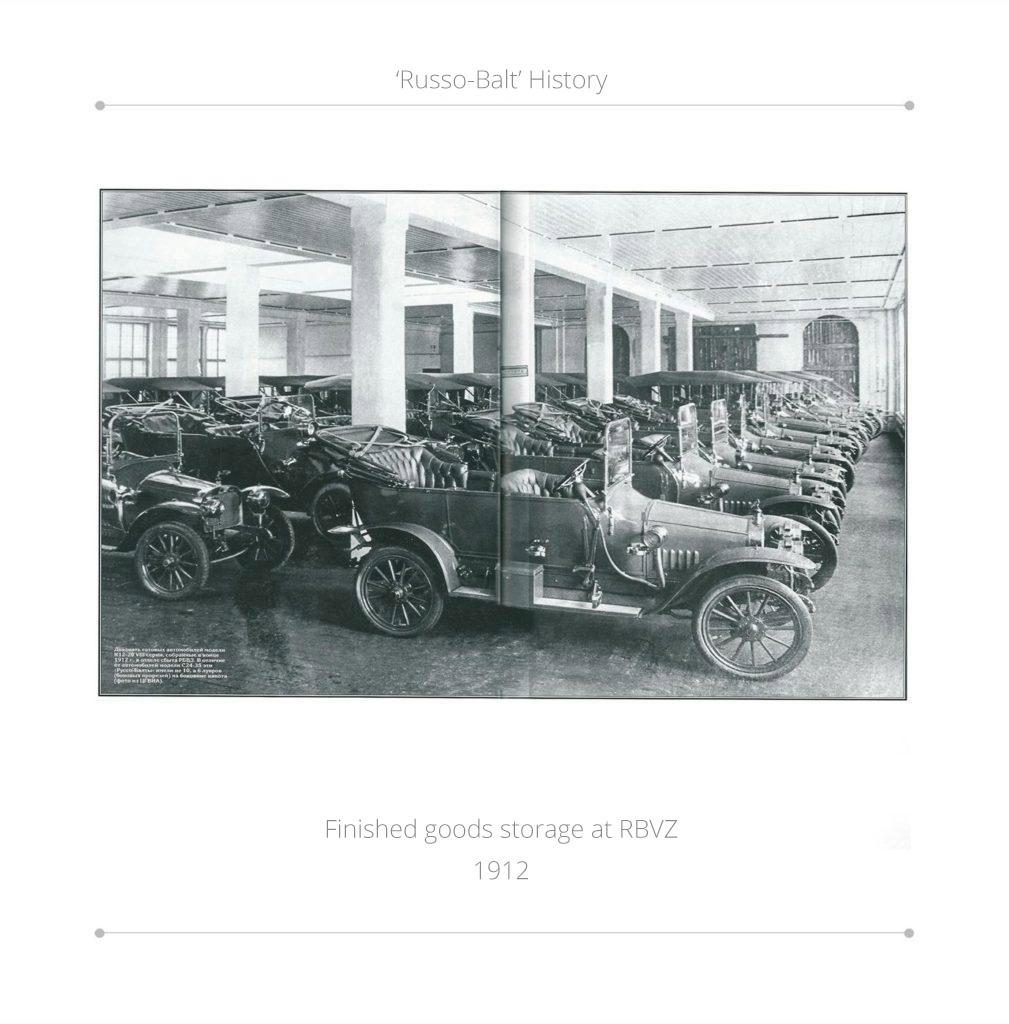 On 19 July 1910 the Board of the Russian-Baltic Railroad Car Factory in Riga informed the state engineering department that it starts an airborne vehicle department. In 1911 the airplane factory was established in Riga. It started the production of French ‘Sommer’ airplanes. In the January of 1911 transport engineer A. S. Kudashev was invited to a company. He was famous for building an airplane of his own design. Two more talanted engineers joined the company later: I. I. Volkovsky and J. M. Gakkel. After the test pilot V. F. Smith crashed during a demo flight the ‘Sommer’ airraft production was cancelled. Moving the aircraft factory to St. Petersburg would be profitable for a company so they closed this branch on 27 May 1911.

So in 1912 after the chairman of the ‘RBVZ’ board Mikhail Shidlovsky a new airborne vehicle department opened next to the automotive department on the Stroganovskaya embankment. It already had orders as in autumn of 1911 we got an order for licensed production of ‘Farman’, ‘Blerio’ and ‘Newpor’ aircrafts.

M. Shidlovsky was looking for a great professional capable of leading the company engineers. As a result he found a student of Kyiv Politechnical University Igor Sikorsky. In march 1912 RBVZ signed a contract with Sikorsky to build airplanes of his design.  Sikorsky as a head aircraft engineer and designer managed to transform a small aircraft department to a large factory later called ‘AviaBalt’.

AviaBalt designed and built first Russian fighters and atack aircrafts. But it’s most famous creation is a 4-engine long-range bomber ‘Russky Vityaz’ (Russian knight). Later it was called ‘Ilya Muromets’. It took a first flight on 23 December 1913. A year later, on 23 December 1913 the army issued an order to form a first bombing squad consisting of ‘Ilya Muromets’. This day is known as a day of the Russian long-range airforce establishment. During the World War I Mikhail Shidlovsky took a personal command of ‘Ilya Muromets’ squadron and lost only 1 aircraft during the conflict. But at that time this aircraft was better known for a non-stop flight form St. Petersburg to Kyiv in 1914, a hometown of I. I. Sikorsky and V. I. Kislichenko. AviaBalt produced a total of 240 different aircrafts during a period from 1912 to 1917.

After the World War I the chairman of the board of the Russo-Balt company started a competition to design an airplane motor, a substitution for a German ‘Argus’ motor used on ‘Ilya Muromets’. This engine was no longer available due to a war. Two groups of engineers joined the competition. First group was lead by V. V. Kireev, an engineer of Russo-Balt factory in Riga.  I. I. Sikorsky lead the second group located at the RBVZ factory in St. Petersburg.

Sikorsky’s engine was a 140 h.p. copy of ‘Argus’. Kireev’s engine was based on a ‘Benz’ aircraft engine and it had 150 h.p. So Kireev’s engine was a winner and our company started preparing it for a mass production in Riga.  It was a 2-stroke inline 6-cylinder water-cooled engine. It had a car-type radiators on both sides. The propeller was mounted on it’s crankshaft without a gearbox. After Riga department was evacuated to Petrograd (that was the name of St. Petersburg between World War I and the Revolution) the first batch of 5 engines was made. The following engines were marked as ‘RBVZ-6′ and there was a total of 45 engines. They were mounted on “Ilya Muromets’ aircrafts of V and G series. 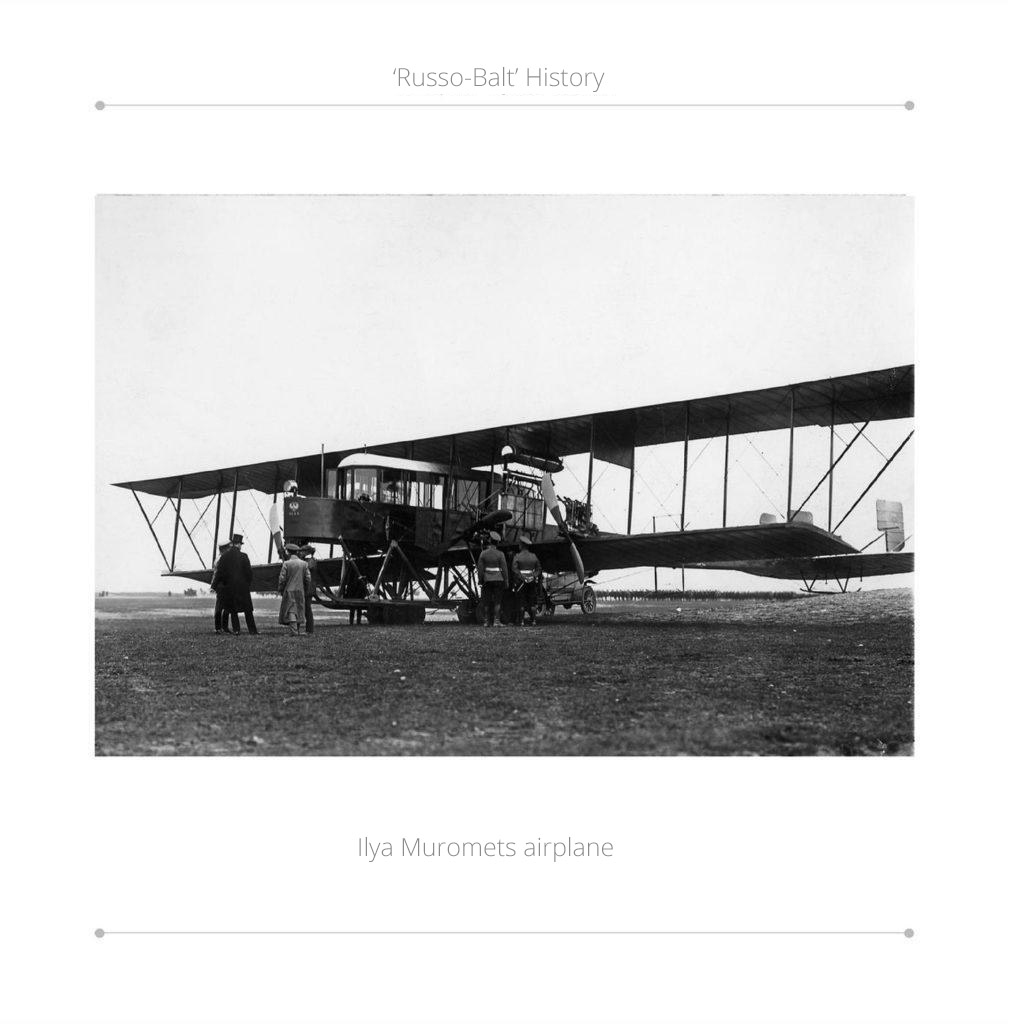 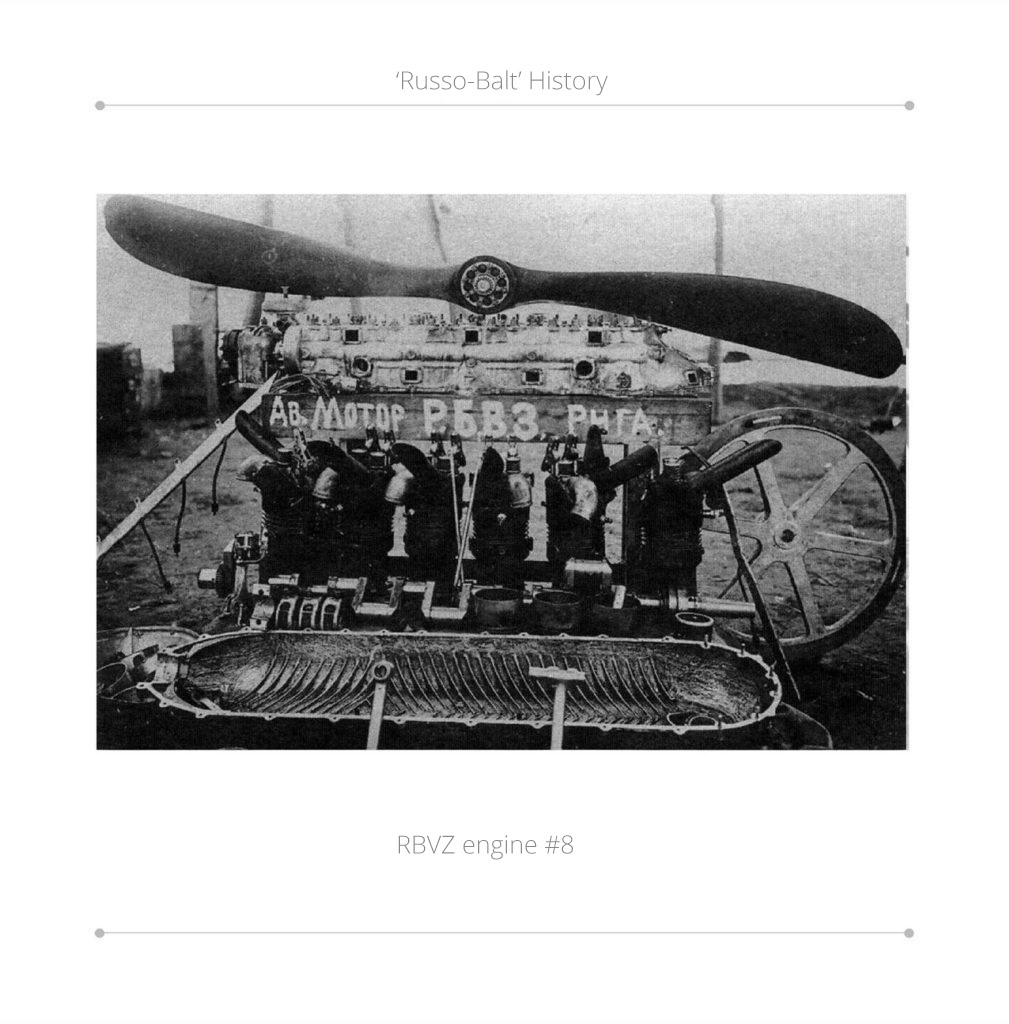 We ship, lease and rent out machines, coach the staff and service the goods we deliver. We also provide loading and delivery service for mining companies.

Together with the leading international companies we localise the production on distant markets using their local parts and technologies. 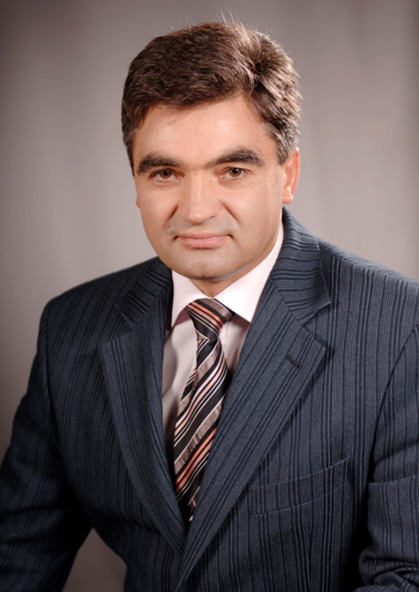 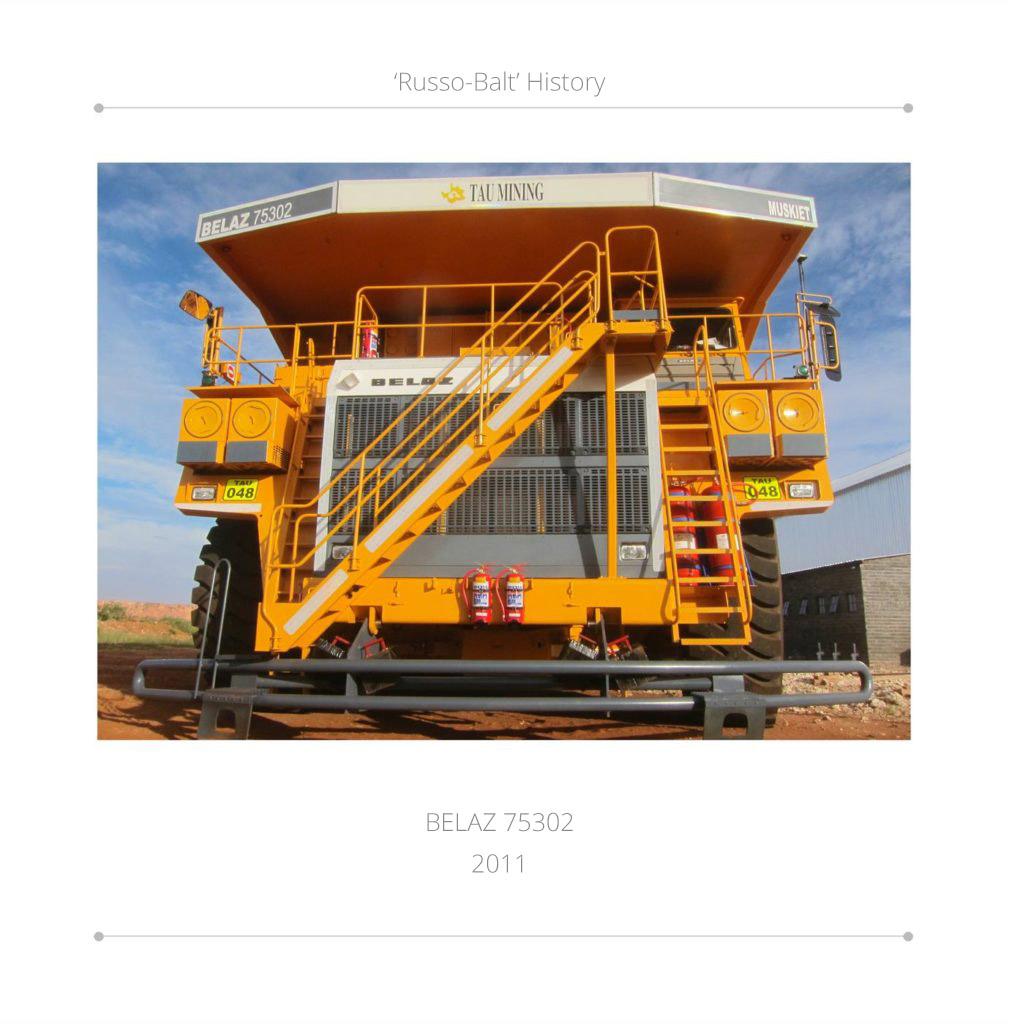 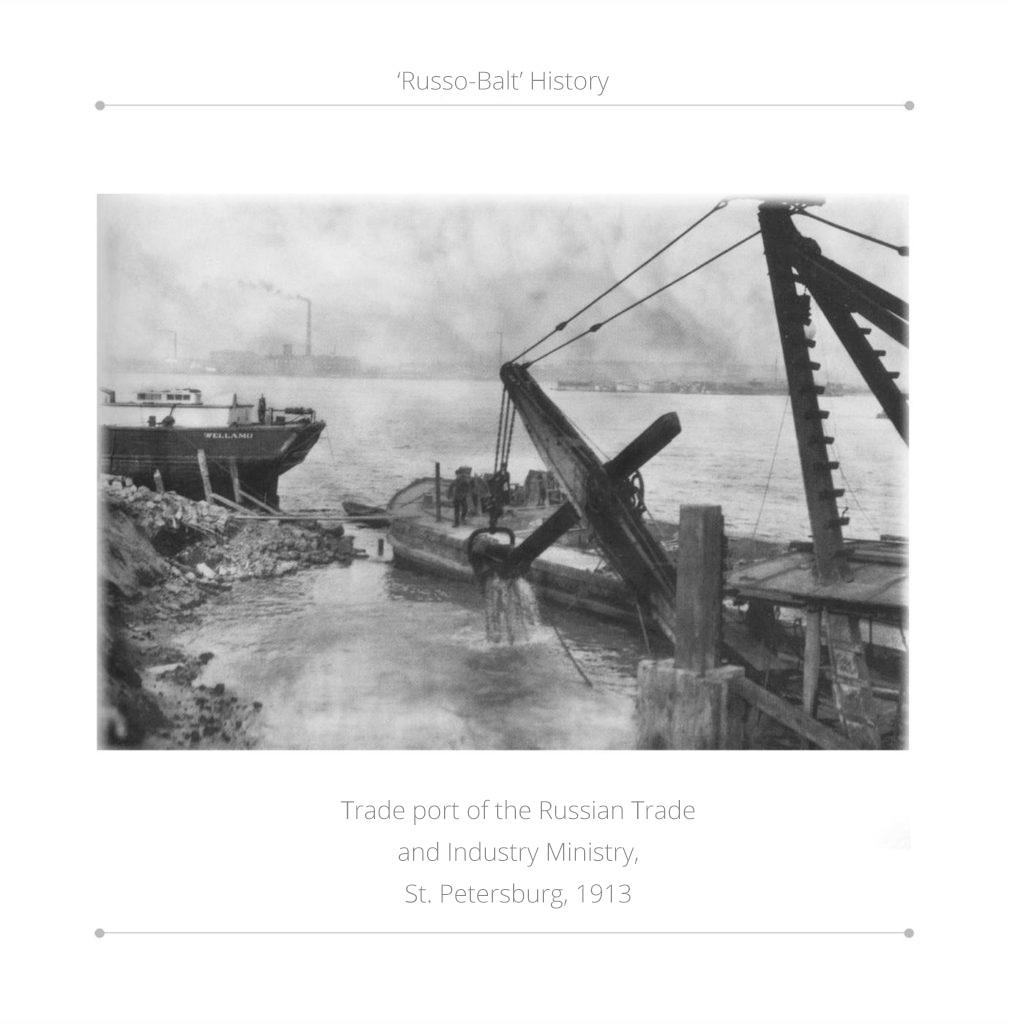 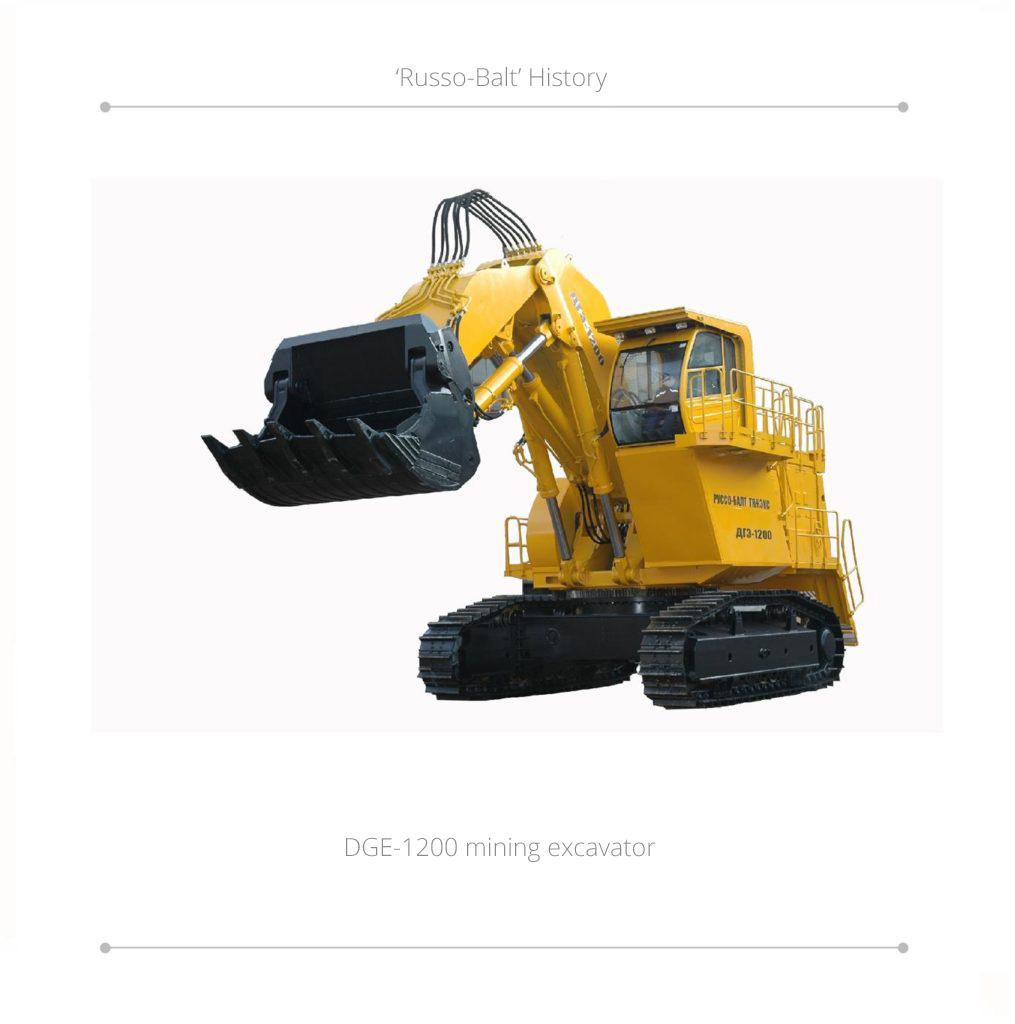 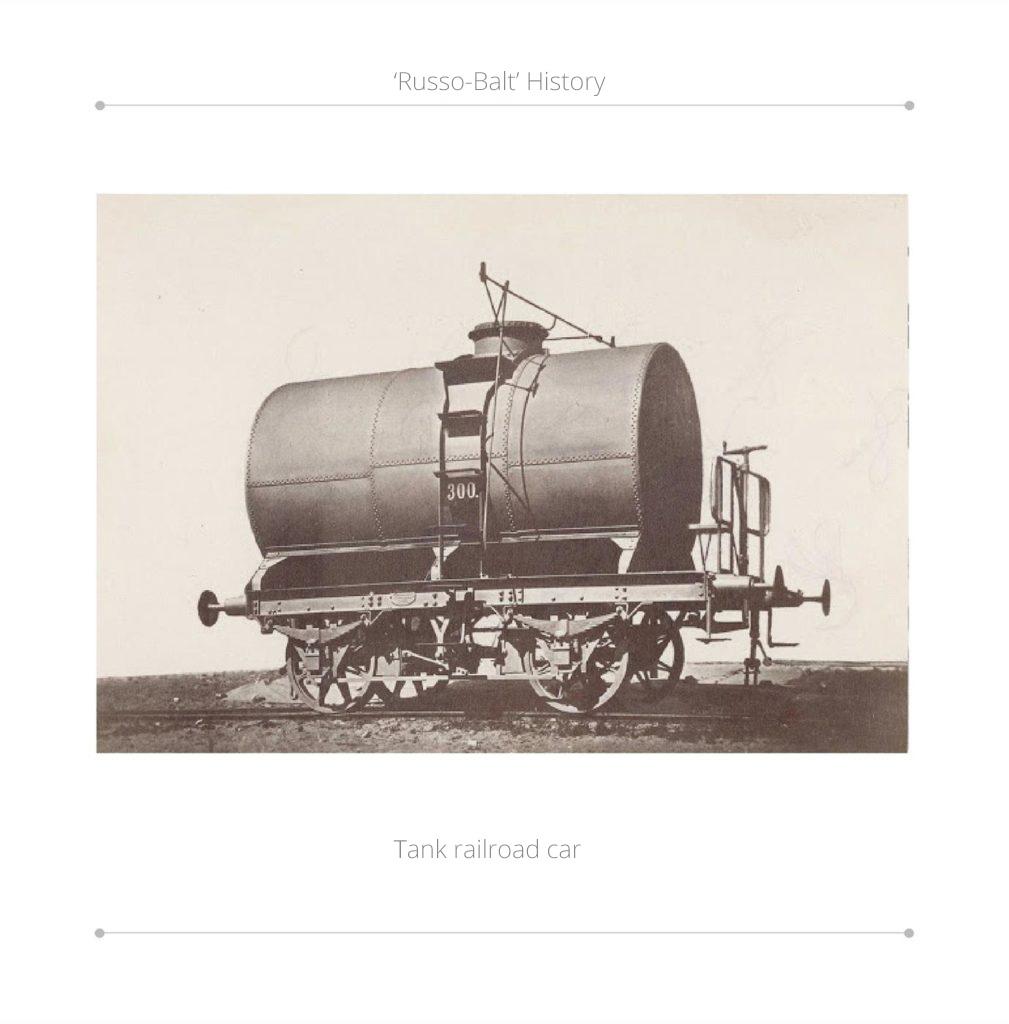 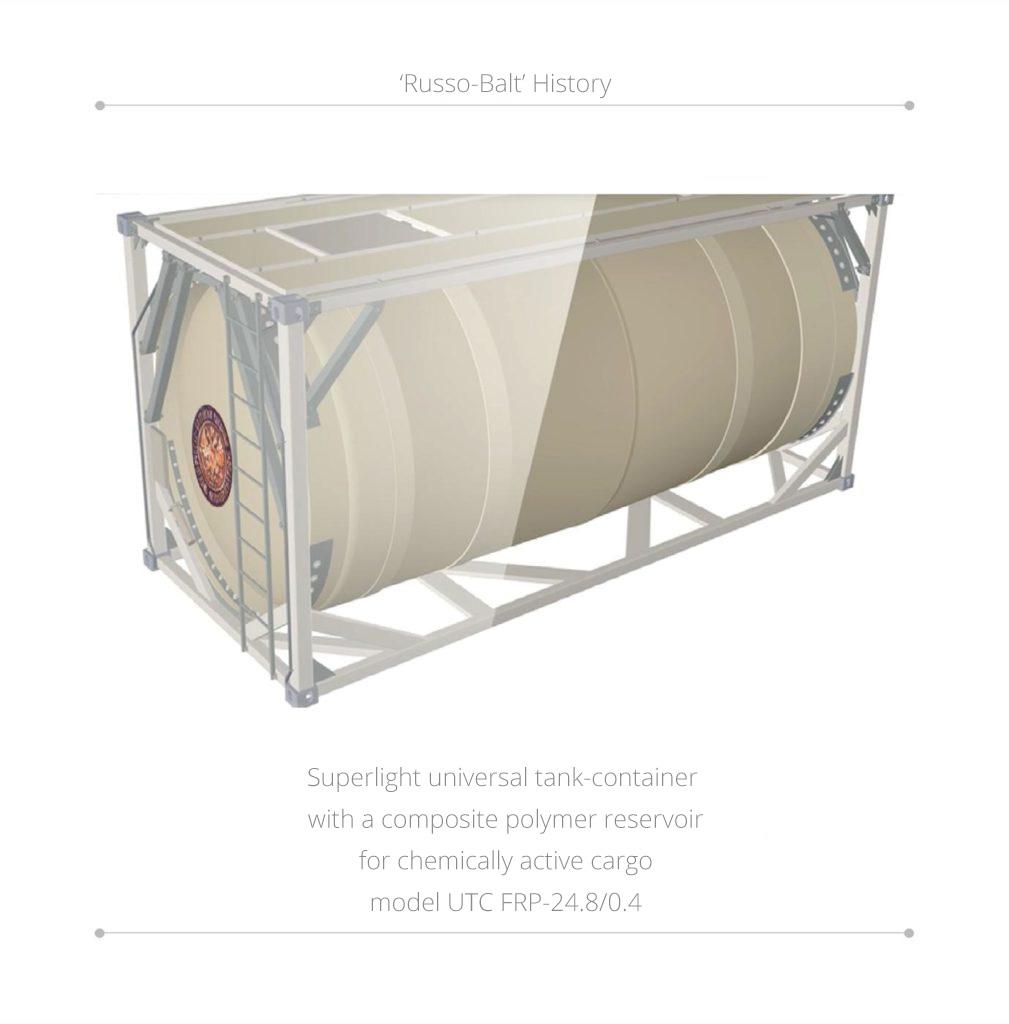